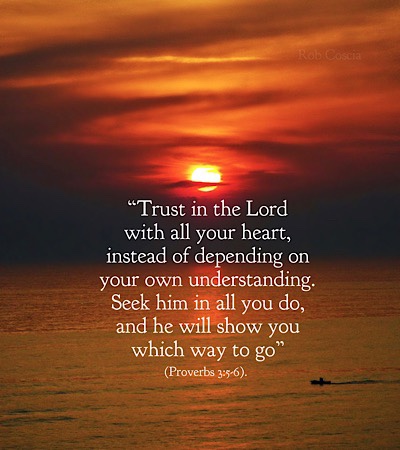 Sometimes God’s response is “no.” But it’s not because he’s rejecting you for failing, or condemning you as unworthy. Don’t give in to those lies. He wants you to overcome and succeed more than anyone. He may indeed want to work on your character, confidence, or capabilities, but understand the “no” isn’t coming from some kind of conditional acceptance. It’s sourced in his mercy, wisdom, and complete love for you.

He knows when you’re ready for the next step, and when you’re not. Even if what you desire is to minister to a larger audience, authority given before you’re prepared to handle it will make you more likely to hurt people, rather than bless them. Instead of being closer to God and fulfilled, you’ll burn out in bitterness.

You’re meant for awesome, amazing things, and you’ll get to them at the speed of your agreement with what God is saying to you. The faster you let go of your offense at a “no,” the faster the Lord can train you to receive the “yes” he’s been waiting to give you.

“I will not drive them out in a single year, because the land would become desolate and the wild animals too numerous for you. Little by little I will drive them out before you, until you have increased enough to take possession of the land” (Exodus 23:29-30).